A while back, I wrote an article about Breeding the Banggai cardinalfish that was published in Aquarium Fish International. This is the article is written the way I originally intended it and includes my intended (bad) humor. I was pretty fortunate to have success breeding this awesome saltwater fish. You will see that I made lots of mistakes, but these forgiving fish can still reward you in the end. If you have been thinking about breeding saltwater fish, but have been delaying for one reason or another—just do it—and leave me a comment here and let me know how it’s going.

This fish needs our help. The wild collection is devastating natural populations. Aquacultured fish are available, but in such demand that they can be hard to come by. I hope this article shows that anybody can do it—and encourages you to buy a few aquacultured Banggai’s and get to work. 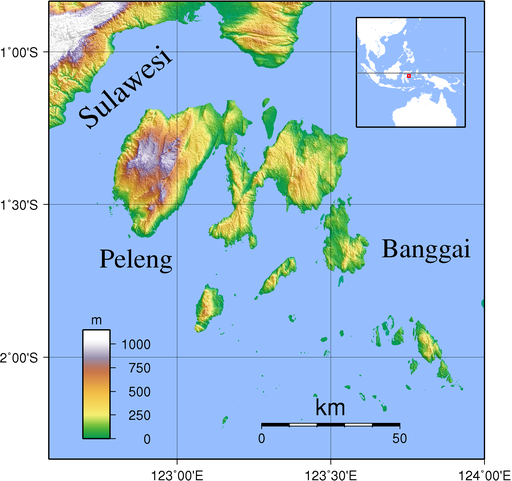 the waters surrounding the Banggai islands, in the Indonesian archipelago. Banggai cardinalfish are hardy, peaceful and suitable for most saltwater tanks with appropriately sized, peaceful species. P. kauderni are mouthbrooding spawners. The males incubate their partner’s eggs in their mouth and release the fry (well developed, by most standards) around the 20th-day post-spawn. This behavior is unique to the Banggai cardinalfish, as other cardinals only brood the eggs a few days, releasing pelagic fry upon hatching.

Without further delay, here are the 7 steps I took towards breeding the Banggai Cardinalfish. Arguably not the most efficient or deliberate steps in the world, but they got the job done.

Determining the gender of juvenile Banggai cardinals can be a difficult task. There are a few things to look for to improve your odds. The first thing to look for is a slight “bulldog” appearance, along the jaw-line, evident in males. As mentioned earlier, males incubate the eggs and fry in their mouth, and therefore have a slightly sexually dimorphic jaw appearance. This is ironic, because male and female bulldogs have the same appearance, and don’t reproduce by mouthbrooding—they require a caesarean section.

A secondary characteristic to look for is an elongated second dorsal fin, sometimes called the banner fin. This trait is commonly noted in the literature as a sexually dimorphic trait but is difficult to discern and often unreliable.

The most important trait, in my opinion, is the behavior of the fish in the fish store holding tank. Chances are that a pair may be in the early stages of bonding in the tank, so look for two fish ‘hanging out’ together. Also, male cardinals are often intolerant of other males, so you can sometimes pick out a few squabbling males in the tank, and therefore reduce your odds of picking two males. I liken this part of the process to the process of counting cards in Black Jack. You’re still gambling, but your odds of success are improving. Of course, the tried-and-true way to ensure purchasing a pair of fish is to acquire 4 or 5 fish and let them pair off naturally—but what fun is that?

Step 2: Acclimate the pair to your community tank and wait After a month in quarantine, I added them to my 75-gallon community tank, where they continued to be aggressive eaters. The pair hung out, ate, and got fat in the community tank for about 4-5 months before vacation time came around.

The two weeks prior to vacation, I performed water changes aggressively—trying to get the water quality pristine before I left for the week.  I intentionally over-fed the fish in the days before I left, to help them store up some energy reserves for the week-long fasting they were about to take. Over time, I have found this strategy (cleaning a lot and feeding a lot in advance) to be more reliable than hiring a ‘fish-sitter’ which invariably ends in some minor, but expensive, catastrophe. Captive fish, in my estimation, tend to be over-fed (or under-exercised) by wild standards and do well with the week-long fast during vacation.

I suspect that my vacation protocol contributed two potential spawning triggers: 1) gorging on artemia, frozen ‘live’ food, and 2) changing water parameters from the increased water change activity. These stimuli are commonly used intentionally to trigger spawning behavior in captive fish—and while it may be a by-product of my pre-vacation protocol, it is noteworthy to consider these elements as potentially replicable stimuli for triggering breeding behavior in Banggai cardinalfish.

I left for vacation on Saturday afternoon and returned one week later. All the inhabitants were eager for their first meal except for one fish. The male cardinal had an exaggerated bulldog look—like he had eggs, marbles, or even bulldogs in his mouth. Common to many mouth-brooding species, the male’s appetite is suppressed while he is incubating eggs.

Step 4: Catch the male, set up a brine shrimp hatchery and a grow-out tank Catching the male Banggai Cardinalfish was tricky. I found the best strategy was to use my hands to corral him into a breeders’ net and remove him that way. Chasing him with the net proved unfruitful. I didn’t want to totally stress him out, so I stalked him for a few days before I managed to get him.

To set up the brine shrimp hatchery, I used an old sports drink bottle, an air pump, and airline tubing. Nothing fancy, I just filled the plastic 2-liter bottle with half-strength aquarium water and dropped in a few rehydrated brine shrimp cysts—inserted the airline tube and that was that.

The grow-out tank was a simple 10-gallon rectangular tank with a sponge filter and a piece of live rock.

Step 5: Batch produce brine shrimp for a few days, stop, and then have no food for the fry

Clearly not a good strategy, but I’m just trying to be honest with you. I wasn’t sure when the pair first spawned, because I was on vacation. I looked up online and found out that Banggai Cardinalfish generally emerge from their father’s mouth around day 20—so I actually stopped hatching brine shrimp—thinking I’d just wait until day 20. The only problem is that the fish came earlier than I expected. So the next lesson I can pass on is…be ready for the fry a few days in advance. Don’t run out of food for them. But even with that major miscalculation…I still managed to succeed.

I used the grow-out tank itself as a water-bath to help warm up the temperature of the brine shrimp bottle and speed up their hatch-rate. The Banggai Cardinalfish babies went for about a day-and-a-half without food. Yikes. But they hung in there for me. I added a second hatchery bottle to the mix so that I could use up a batch one day and hatch a new batch a day later.

Step 7: Remove the male and feed the fry with a turkey baster

The remaining fry emerged one-by-one over the next few days. During this time, I could actually see the babies through the male’s translucent skin, usually just before the lights would go out. In all, only 5 fry emerged.

The male made it very clear when it was time for him to move out. The first and most notable change was that his jaw-line returned to pre-spawn shape (his mouth now, clear of eggs/fry, marbles, or bulldogs, whichever he was carrying). The second notable change was that he became more active and started gulping stray nauplii—and luckily none of his offspring…that I noticed.

A standard brood size for Banggai cardinals is between 30-50 eggs/fry. Under-sized broods or aborted broods are common, for the first few breeding cycles of any fish. Since I missed the actual spawning event, I cannot verify how many eggs were fertilized, but in all, 5 fry were released. While the spawn may have been undersized, the vigor of this species is encouraging.

These wonderful fish bred in a community tank while I was on vacation. I stressed the male by chasing him with a net for a couple of days before I caught him. I suspended him in the breeder’s net for a few more days before I moved him to an entirely new tank to release the young. I exhibited a lack of patience and a lack of planning that resulted in a 36 hour fast, upon release, for the very first fry. Despite the stress, the fish thrived.

If you want to breed these fish, learn from the mistakes I made. At the same time, be confident that you won’t need the perfect technique to make it a reality either. Buy a pair of captive-raised Banggai cardinalfish from your local fish store. Feed them well, and four to five months after you do, take a vacation. That’s what I did. Let the fish take care of the rest. Oh yeah, and buy artemia cysts in bulk.

The Banggai cardinalfish is an amazing choice–but there are other great community fish you can consider, too. Check out:

Or, to see these stunning fish in action, watch this video to learn more about this amazing saltwater fish:

Once you’ve brought your Banggai cardinalfish home from the store, you’re going to have to acclimate them to life in your quarantine tank.

Check out these articles about:

Marini, Frank C. “My notes and observations on Raising and Breeding the Banggai Cardinalfish.” The Journal of Marine AquaCulture. Volume 4, Issue 4. 1996

There is a great book, dedicated to this species. It’s a great read, with some gorgeous pictures and an amazing cause/charter:

If you seriously want to try to breed these fish—there are two MUST READ resources for you to check out. The first is the PDF manual from the University of Hawaii listed above in the references.

The second is to check out the breeding forums over at MOFIB—an awesome resource and community of people out there who want to breed these fish.