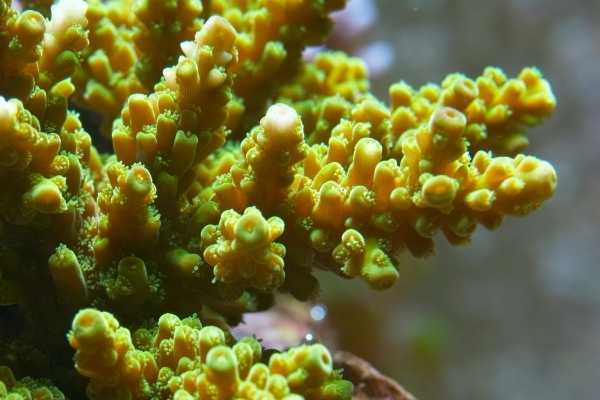 There are thousands of individual coral species around the world, but they can each be classified as one of 6 main types:

Let’s dive a little bit deeper into each of the 6 types of coral and the most popular members of their group.

Small polyp stony corals (SPS), as their name implies, have a hard skeleton composed of calcium carbonate, with delicate small polyps that poke out at various points along their rigid skeletal structure. This group contains some of the most challenging to care for species, as well as a few that are suitable for beginners. A few of the most popular SPS coral types you may see in a reef tank are:

The bird’s nest coral, Seriatopora, is known for thin branches that grow tightly together, generally in intense lighting conditions. Montipora species grow as plating corals and with branching shapes. Acropora are the kings and queens of the reef tank world, most popularly growing in branching or table form. 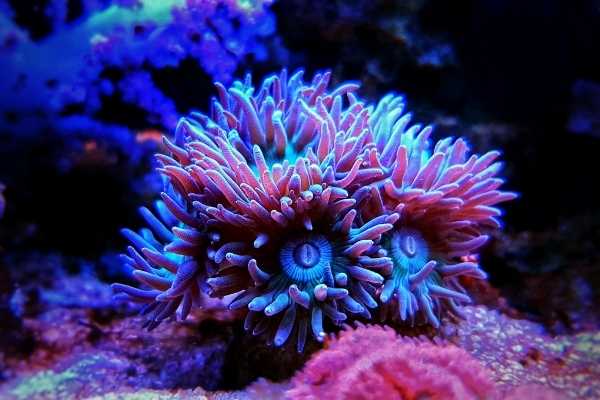 Large polyp stony corals (LPS) get their name from the fact that they have both a stony, calcium carbonate-based skeleton and large, fleshy polyps. These corals are extremely popular among aquarium owners, because the large polyps look amazing, flowing in the currents, and they often have breathtaking colorations, as well.

Many of the most popular Large polyp stony type corals are also relatively easy to care for, requiring only moderate lighting and water flow, which means they can be kept in a wider range of conditions than their SPS coral type cousins. They therefore also require less or less expensive equipment to care for them as well. 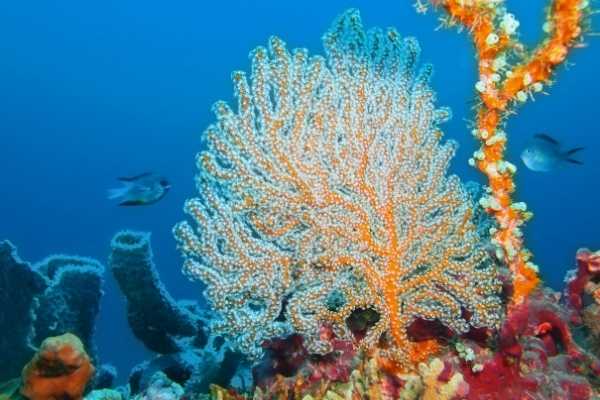 The gorgonians are a unique coral type that has a leathery skeleton that is neither hard nor soft, with many hungry polyps that extend out to capture plankton-sized prey. The protein that helps make up their leathery skeleton is named gorgonin, which begs the age old dilemma, which came first, the gorgonin or the gorgonian? Try that one out at your next reef aquarium club meeting. It kills.

Gorgonians are now classified in the order alcyonacea, along with the soft corals below.

This group includes the sea fans you may be picturing from coral reef or scuba diving documentaries.

Some gorgonian species can be epically difficult to care for in a home aquarium, while other species have been kept for years and can be considered hardy. 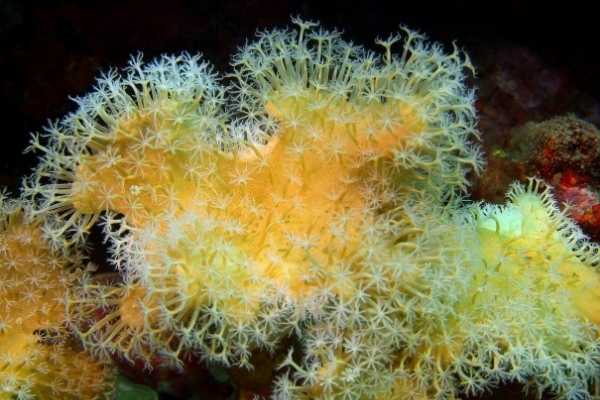 Soft corals are an extremely popular type of corals in the aquarium hobby because many of the species are suitable for reef tank owners of all skill levels. Unlike the three coral groups listed above, these amazing creatures don’t have a protective skeleton, hence the nickname soft corals. There are small bony structures embedded in the soft tissue called sclerites, but they don’t appear to be loadbearing structures. If you look closely, you can usually see them embedded in the coral tissue. They look like tiny fingernail clippings stuck in the soft body.

A few of the most popular types of coral considered to be soft corals are: Zoanthid corals are beloved by many aquarium owners because of the dizzying array of psychedelic colors that are available. Each of the various color morphs has a specific and sometimes funny common name bestowed on them, like Bam bam, Eagle eyes, and Whammin watermelon. They are so loved that aquarium owners often dedicate large sections of their tank to zoanthid gardens, to show off all their designer polyps.

Caution should be exercised if you plan to keep these corals in your tank because the palythoa variety protects itself from a chemical that is toxic to us called palythoa. It’s a big enough deal that every couple of years, it hits the mainstream media when some aquarium owner, or more often, the entire family, falls sick due to improper handling.

Learn more about that and caring for zoanthid corals here. Last, but not least, the #6 type of coral is a group called the Mushroom corals. What is fascinating about this type of coral is that they range from some of the least desired species, like Bounce mushrooms, to some of the most desired and expensive. They also have representatives that are extremely easy to care for and require little in terms of lighting and water flow, as well as some pickier species that are challenging to care for, like the Ricordea species.

They are easy to propagate through fragging, and the inexpensive varieties are a great first coral to frag.

What are the two main types of corals?

Hard corals and soft corals are often the two main types of corals that are thought of first, based on whether they have a stony outer skeleton (hard) or small pieces of the skeleton embedded in their soft tissue (soft), but that categorization can be further broken down into 6 main types of corals:

As you can see, each of the 6 types of coral has representative species that are excellent options for the reef tank aquarium. If you want to learn more about setting up your own reef tank or saltwater fish tank, I encourage you to join the newsletter. I’ll send tips, tricks, and advice to your inbox, so you don’t have to scour the internet to find the best information, and I’ll even give you a free e-book written to help you avoid some of the most common mistakes we all make.