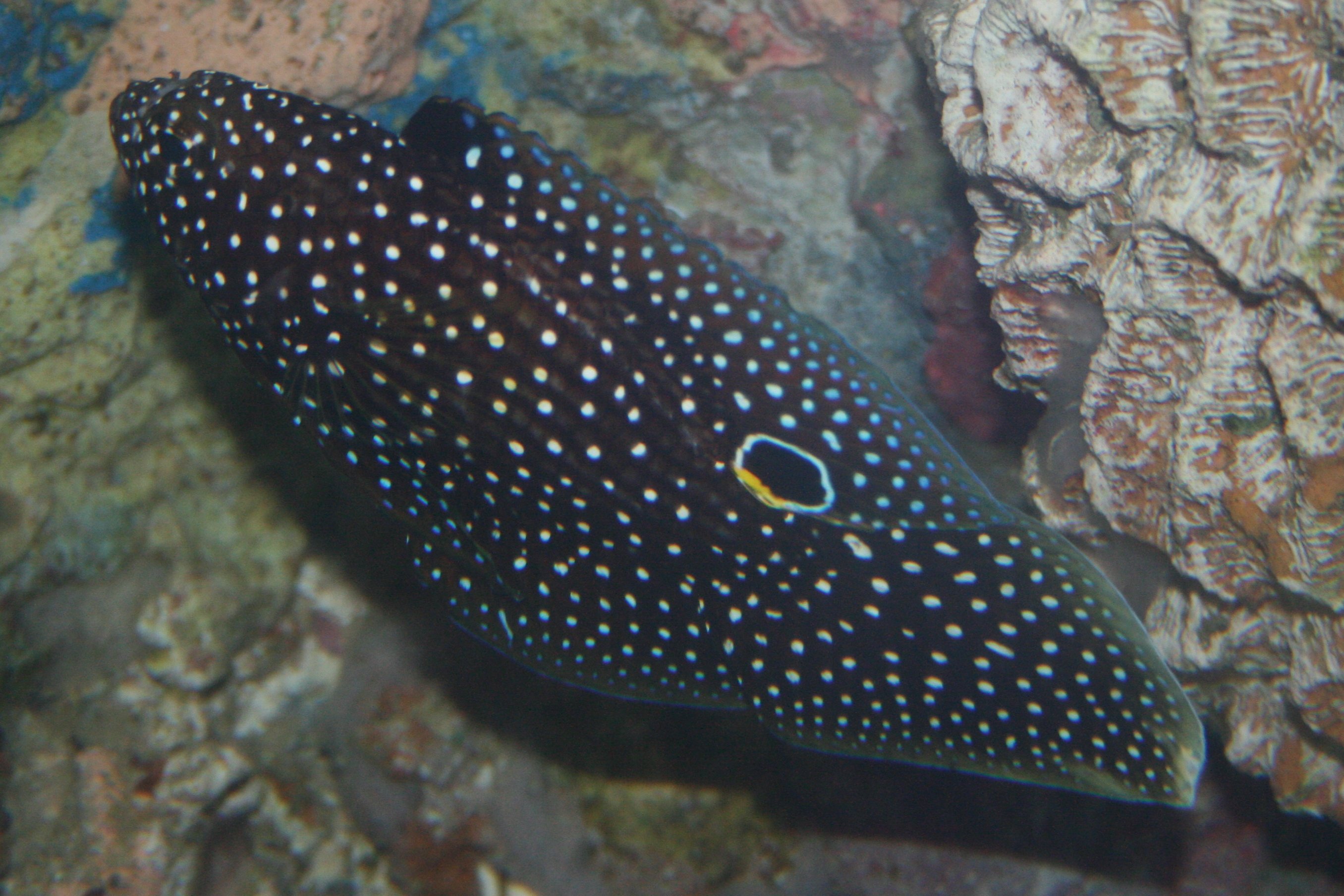 The Marine Betta is a popular saltwater aquarium fish and best-known for pretending to be something it is not. Marine Bettas are generally brown/black and speckled with white spots. They have large, lobe-like fins--and an eyespot towards the back of its body. When scared, or threatened, the marine betta pulls back into a rock crevice, leaving its tail and the eyespot exposed. At first glance, Calloplesiops altivelis looks like a moray eel--a species not likely to be ‘messed with’ on a reef.

Matthew L. Wittenrich wrote about breeding the Marine Betta in his book,

which is probably the best reference for you if you want to learn how to breed these fish (or any other marine fish, for that matter.

Five years later (the book was published in 2007), the elusive Marine Betta may now become a commercially viable option. Read more about their availability here. Incidentally, these fish have not yet been added to the Sustainable Aquatics website. 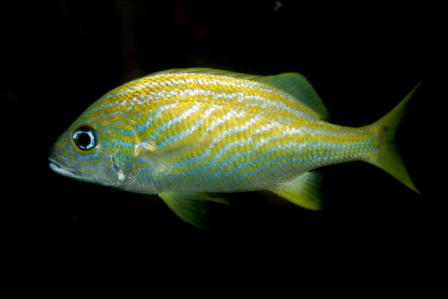 Rising Tide Conservation Blog announced the successful breeding of the French Grunt, Haemulon flavolineatum. When researchers at The Living Seas with Nemo and Friends, in Walt Disneyworld’s Epcot Center, noticed their French Grunts were spawning, they contacted Matthew L. Wittenrich and the Tropical Aquaculture Laboratory. More than 3,200 juveniles were raised.

You can read the full article here:

The Watanabei Angelfish, Genicanthus watanabei, was reported to have been captive-bred by Karen Britain. Not a lot has been written about this--or about breeding angelfish in general, but I am optimistic about the results. Learn more about the Watanabei Angelfish and their care. Since this is just a report from a hobbyist--these fish are not likely to be commercially available for quite some time, if at all--but nonetheless, this is a major milestone in the captive-breeding of saltwater fish if the results from this hobbyist are scalable.

Check out this video of a juvenile Wantanabei Angelfish